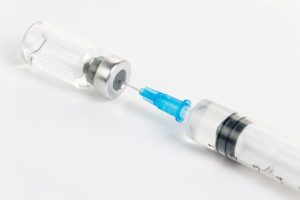 Scientists believe that an effective HIV vaccine could have a number of possible outcomes. These include:

The long-term goal is to develop a vaccine that is 100 percent effective and protects everyone from infection. However, even if a vaccine only protects some people, it could still have a major impact on controlling the epidemic. A partially effective vaccine could decrease the number of people who get infected with HIV; those people, in turn, infected with HIV; those people, in turn, would not pass the virus on to others. Even when an HIV vaccine is developed, education and other prevention efforts will be needed so that people continue to practice safe behaviors.

Preventive HIV vaccines are designed to protect HIV-negative people and to control the spread of HIV. They are not designed to cure AIDS. Multiple HIV vaccines may be necessary to prevent infection or disease in the same way multiple drugs are needed to treat people already infected with HIV.

Vaccine development requires several years of research in laboratories and animals before testing in humans can begin. Vaccine studies are designed to ask specific scientific questions to help researchers learn about the human immune system. Since only humans can get HIV, the only way to know how the immune system can fight HIV is to test vaccine candidates in people. Before a vaccine can be licensed by the Food and Drug Administration (FDA) it must go through three phases of testing in humans. The three phases of preventive HIV vaccine clinical trials are:

Throughout all phases of human testing, independent reviewers regularly monitor the study to ensure the safety of the participants.